ICEF Public Schools Board of Directors

The Board of Directors for ICEF Public Schools has the legal and fiduciary oversight of the operating entity that employs nearly 400 people and educates more than 2,000 students annually. This responsibility includes all the requirements for a public entity, such as following the Brown Act for public meetings, formal board resolutions for state-required items, etc., as well as the important oversight of the CEO and senior management.

Members of the Board

David Moore is CEO and President of Interconnect Solutions Group, Inc., a manufacturer's representative group that is the exclusive agent in Southern California, for, Glenair, Inc. (a world leading supplier of interconnect products to the aerospace military and commercial markets). He has been a View Park Prep parent since 1999 and joined the ICEF board in 2003. Mr. Moore serves on the Deacon Board of West Angeles COGIC; is an active youth leader with Boy Scouts of America; and has served as a youth coach in several sports. Mr. Moore, his daughter, and several family members are graduates of Dartmouth College. He is proud to say that Dartmouth was the first Ivy League school to graduate an ICEF alum. Email David Moore

William B. Lucas is a Co-Founder and Principal at Cataumet Partners, a provider of long-term wealth management services to families and individuals.  A graduate of Princeton University and Dartmouth College, Mr. Lucas is skilled in mergers and acquisitions, legal and regulatory regulations, analysis and interpreting complicated numerical information, providing investment advice, tactics and preparing legal documents – a perfect fit for ICEF Public Schools. Email William Lucas

Tramell Johnson, a 12-year Air Force Veteran, is a graduate of Argosy University and the University of Southern California, Marshall School of Business. He recently served on the Department of Defense as an education and training manager at Los Angeles Air Force Base. He currently works as a consultant for Troops for Teachers. Email Tramell Johnson

In January 2021, Kenny Christmas, Chairman of the Board of Directors of ICEF Public Schools, was named General Counsel for MRC, a diversified global entertainment company with divisions including Television, Live & Alternative, Film, and Non-Fiction, as well as joint ventures in data and publishing. In the newly established role, Christmas oversees all corporate affairs for the leading independent entertainment company and its expansive partnerships and investments. Christmas works closely with the company’s business affairs teams across the content divisions and with the corporate team involved in mergers and acquisitions.

Mr. Christmas is an entertainment industry veteran with a long career spanning positions at well-known studios, production companies, and law firms. Christmas most recently served as Of Counsel at boutique entertainment law firm Del Shaw Moonves Tanaka Finkelstein & Lezcano. Previously he served as Executive Vice President, Business & Legal Affairs at MarVista Entertainment, a global independent studio that creates, acquires and distributes more than 60 movies a year. He also worked at Lionsgate Television as Vice President of Business & Legal Affairs in the company’s fast-growing television division. He held various other positions throughout his career including serving as a business and legal consultant at The Tyra Banks Company, outside legal counsel for A&E Networks, working with Vincent D’Onofrio in a production company, as General Counsel/Head of Business Affairs at Edmonds Entertainment and at Hansen, Jacobson, Teller, Hoberman, et. al, a leading talent firm in Beverly Hills. He started his career at O’Melveny & Meyers representing major studios, networks, production companies, entertainment lenders and bond companies in complex, cutting-edge transactions. A graduate of Yale Law School and Stanford University, the San Jose native has two children and lives in Los Angeles.​​​​​​​ Email Kenneth Christmas

Angila Romious PhD is Director of Institutional Research and Effectiveness at Otis College of Art and Design. She is also a faculty member in the Sociology Department teaching Qualitative and Quantitative Research Methods at Mount Saint Mary’s University, Los Angeles. In addition to her years of experience in institutional research and faculty work, Dr. Romious consults as an external evaluator, conducting program and project evaluations for non-profit organizations and businesses. Dr. Romious has experience in higher education working with regional accreditation agencies, state and federal reporting, and internal analysis regarding student success and degree completion. She earned her M.A. and Ph.D. in Social Ecology from UC Irvine. Email Angila Romious

Dana Henry joined the Weingart Foundation as a Program Officer in 2020, focusing on the Foundation’s grantmaking and broader funding strategy in South Los Angeles.  She brings more than 20 years of experience working with and expanding opportunities for vulnerable children, youth, and families. Dana worked extensively with Communities In Schools, a national organization who is focused on helping children and their families access and navigate the maze of public and private services in school and community. More recently she served as a Regional lead developing and building capacity among CIS affiliates in the Western U.S. She also played a key role in implementing the organization’s diversity, equity, and inclusion initiative. Dana is a graduate of UCLA, as well as the Los Angeles African American Women’s Public Policy Institute, a non-profit organization that provides intensive leadership development to women, with the goal of increasing their participation in government and the public policy process.  Email Dana Henry

Dr. Brandon A. Roberson is a scholar and a professional in the field of education.   After his graduation from the University of California, Irvine, Dr. Roberson used his skills as a classical and jazz musician to establish a school music program in South Los Angeles.  He later devoted his career to support college access and completion in both non-profit and collegiate environments.  His contributions to higher education are marked by his doctoral studies on the impact of community college honors programs on minoritized students, resulting in an earned doctorate from the University of Southern California.  Dr. Roberson currently uses his skills as an educator and leader to support the ongoing learning and development for over 700 managers globally at Riot Games.  Email Brandon Roberson

Ronda R. Dixon, Esq. Ms. Dixon is a 1983 graduate of Pitzer College in Claremont, California and earned a Bachelor of Arts degree in film, communications, and English literature.  She earned her Juris Doctorate at the University of California Davis King Hall School of Law in 1988.  In 2020, Ms. Dixon began her studies to earn a Master’s Degree in Urban Studies/Affairs at the Harvard Kennedy School in Cambridge, Massachusetts.

Ms. Dixon has had a long and distinguished career in both the public and private sectors.  Ms. Dixon currently is the principal of the Dixon Justice Center, with practice areas including criminal law, civil rights, eviction/foreclosure, and immigration.    She also acts as a City of Sacramento Cannabis Consultant, Cannabis Consultant for the City of Los Angeles and a Policy/Compliance Expert for Green Believers, a Social Equity Incubator featuring prominent and nationally recognized cannabis leaders, advocates, medical professionals, scientist, cultivators, extractors, attorneys.

Ms. Dixon began her law career in the Appellate Division of the Los Angeles County District Attorney’s office. From 1992-2004, Ms. Dixon was a sole practitioner with a practice emphasis in entertainment law.

Attorney Dixon’s aspirations for outreach to the underserved were realized in 2004, when she became the Executive Director of Dream-builders, a nonprofit Supplemental Educational Services provider serving the Los Angeles Unified School District (“LASUD”) and Inglewood Unified School District.  This organization served students from kindergarten to 12th grade in providing tutoring and tutoring training, which resulted in increased student achievement.

From 2007-2013, Ms. Dixon developed Dixon Recovery Institute, Inc., a non-profit behavioral health clinic serving at-risk youth and adults for the Department of Child and Family Services, LAUSD, probation, and the Los Angeles Superior Court.  As Executive Director, Ms. Dixon led the direction of the Institute, which directed its efforts toward deep-rooted problems that cause people to surrender their life to addictions to bandage emotional hurts rooted in loneliness, despair, and/or loss. Ms. Dixon’s passion has helped hundreds of people that have suffered drug, alcohol and mental health challenges.  Her work with the Dixon Recovery Institute led to her 2012 appointment as the Alcohol and Other Drug Commissioner by County Supervisor Mark Ridley-Thomas.

In 2015, Ms. Dixon returned to private practice, first as the principal of Dixon Law Associates and since October 2019, under the present name Dixon Justice Center.  At the same time, Ms. Dixon continued her work for non-profit organizations, Ms. Dixon served as the Site Manager of Community Career Development, which implemented workforce investment programs providing training and placement initiatives for intercity adults and youth.

From 2017-2019, Ms. Dixon was a Program Manager for JVS SoCal, a non-profit organization devoted to the creation of new and effective program models and expansion of partnerships in the public and private sectors – for fair and equal employment practices.

From 2003-2010, Ms. Dixon served as the host for “Some Of Us Are Brave” on public radio station KPFK, which focused on issues relevant to African-American women.

In 2010, Ms. Dixon received the Woman of the Year Award for Community Service from Inner City Mass Choir. 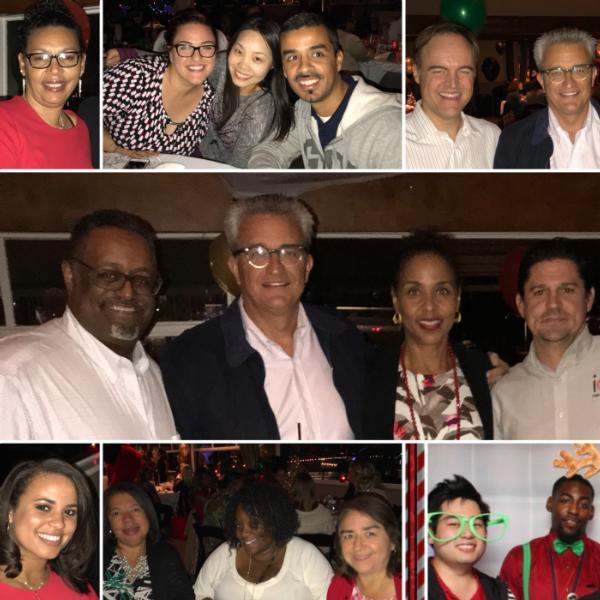 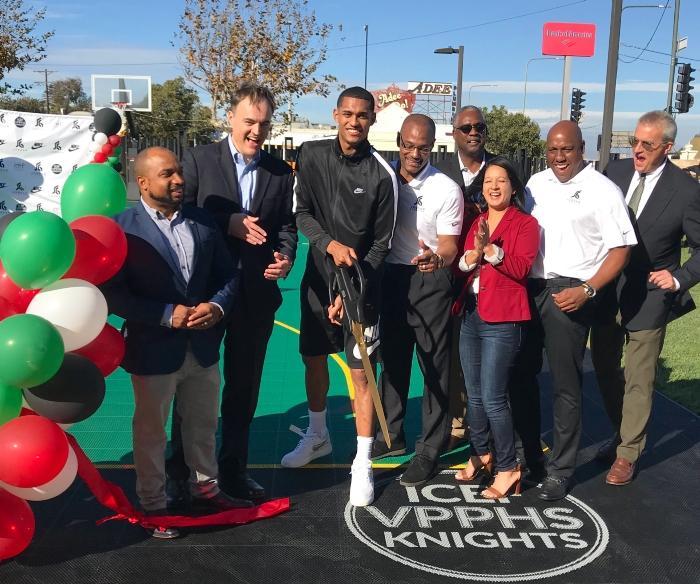 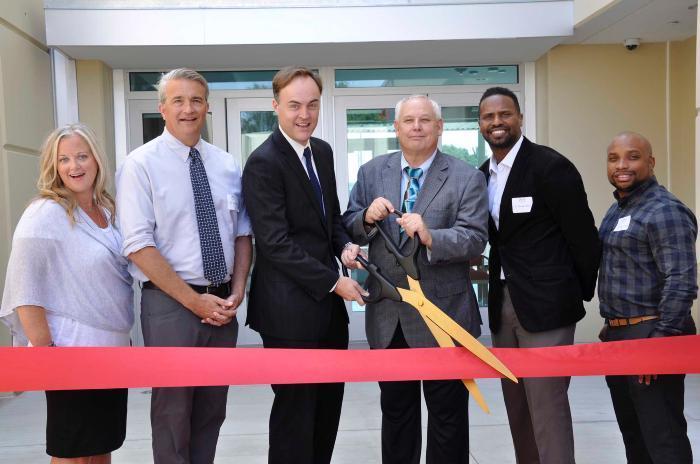 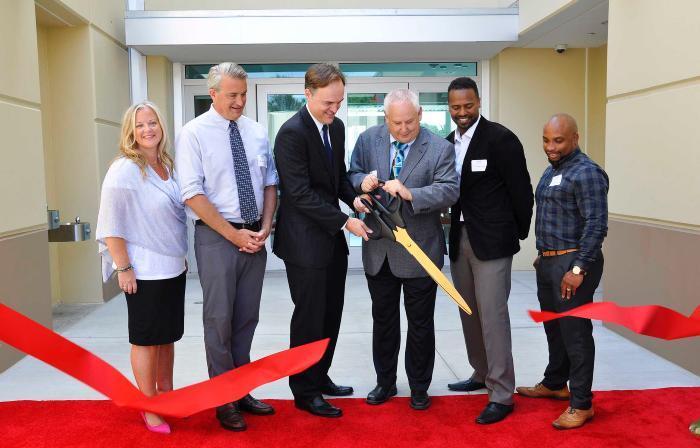