Stuart graduated from the University of California, Santa Barbara as an All American rugby player. He then spent 13 years traveling the globe as a professional rugby player in France, New Zealand, South Africa and Hong Kong.

Stuart began teaching and coaching at the French International School in Hong Kong. He then coached Dartmouth College while pursuing a Masters of Arts in Liberal Studies, followed by the Santa Monica Mens Club where he led the team to two National Championships.

In 1999 Stuart was a founding teacher at ICEF Public Schools. In 2003 he founded ICEF Rugby.

In 2018 the ICEF Student Leadership Academy was launched, inspired after ICEF Rugby presented at the United Nations Sports and Peace Development conference at the IMG Academy in Florida.

Stuart was named a 2019 Athlete in Excellence winner by the Foundation for Global Sports Development. 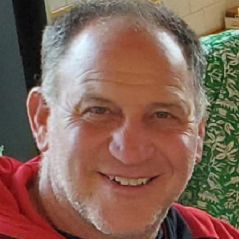