Lisa Finegan was recently named on the Women's High-Performance Squad for Team USA that are competing at the 2024 World Cup in England. She is a World Rugby Educator who received the 2020 World Rugby Sevens Series Coaching Award and was nominated as a WISE LA Woman to Watch for 2021. In the same year, she was granted ‘Athletes in Excellence Award’ by the Foundation for Global Sports Development in recognition for her innovative style of coaching that incorporates leadership development, social and emotional learning, a philosophy of inclusion and positive coaching. As a Director with Inner City Education Foundation (ICEF), she is passionate about unlocking potential, transforming lives through quality education and is committed to driving excellence in education, using a blended learning approach and a college-ready model, focusing on ICEF's 3 A's; Academics, Arts and Athletics. Key areas of educational interest include the development of social emotional learning, project-based learning and inquiry-based teaching.

Finegan grew up in Ireland and graduated from St Mary's University, London, completing a Bachelor of Sport and Exercise Science and went on to pursue a Postgraduate Degree in Teaching and Masters in Education at Brunel University, London. In her first year of teaching, she was responsible for leading as Head of Department at Guernsey Grammar School before returning to work at Harris Academy for Girls, London. Professionally, Lisa has worked all over the world including England, Guernsey, Australia, the East Coast of the United States and is now finally settled on the West Coast in Los Angeles, California.

This year, the Los Angeles Times featured View Park Preparatory High School as the 2021 National Charter Schools Winner of the "Reimagining School Sports in America" by the Aspen Institute. Winning innovations included "it's variety of unique sports offered, entrepreneurial approach to fundraising, and ability to grow sports participation at a higher rate than most charter schools. View Park stood out for providing so many unique sport options for an inner-city charter school, such as skiing, surfing, sailing and snowboarding". Lisa is incredibly passionate about supporting with innovating and providing transformational opportunities through non-traditional and action sports.

Finegan coaches with ICEF Rugby and supports the mission of preparing all students to attend and compete at the top 100 colleges and universities in the nation, while developing character and building leadership through the sport of rugby. As part of a winning ICEF Rugby coaching team, she has led teams internationally to Brazil, Fiji, Hong Kong, The Philippines and Africa and is featured in the documentary 'Red, White, Black and Blue Odyssey', which aired on Netflix and Amazon Prime. The sequel premiered at the Pan African Film Festival and has been featured in the eight part docuseries An American Rugby Odyssey that airs on Fox Sports 2 in 2022.

From a playing perspective, she has represented in rugby at club, regional and international level in Ireland, England, Guernsey and now for the USA. Lisa was selected on Team USA and competed at the World Cup in Kuala Lumpur, Malaysia in 2019. She has been named on the Women's High Performance Squad for the USA after the recent USA Nationals and post tournament development camp in preparation for the 2024 World Cup.

Lisa loves traveling the world and is looking forward to the LA2028 Olympic Games here in Los Angeles. 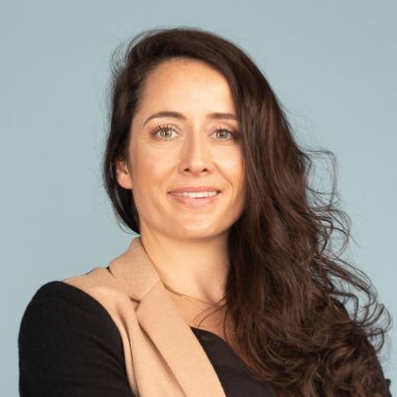